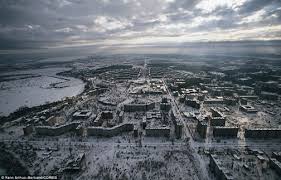 Chernobyl is a nuclear power plant. An accident happened (nobody knows why) and Reactor 4 exploded and the explosion hit Reactor 3 and made a bigger explosion. It went all the way from Belarus to a part of Europe. The city of Pripyat (the place where the explosion took place) was abandoned after that and became a Ghost Town.

The city is empty and looks like there has been a mutant outbreak. All the houses and buildings are thrashed. The hospital beds are broken. The power plant is the worst. Everything bombed out.

This disaster has been made into stories and games. For example; S.T.A.L.K.E.R: Call of Pripyat. 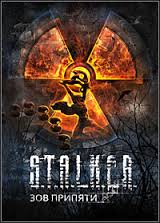 And there’s also this story that involves Slender Man in it. If you don’t know who Slender Man is, check this link: http://creepypasta.wikia.com/wiki/The_Slender_Man

The Chernobyl Slender Man story is about soldiers who goes in Pripyat and have an encounter with Slender Man. Check the copy-paste I did from the story:

News Reporter: A powerplant by the name of Chernobyl Reactor 4 in Ukraine has just broke the record for worst nulcear disaster. The city known by the name of Pripyat has been evacuated overnight. Officials say that the meltdown was worse than 400 Hiroshima atomic bombs. The fumes have reached over Northern Europe and Russia. The U.S. have come to help the disaster.

A U.S. Strike Team has just been granted to enter the outskirts of Pripyat to survey the land’s containmenated area.

My name is Captain Terraf of the United States Marine Corps. I sit here cold, tired, hungry, and sick. Since, skinny mini and his mutants will get me, I might as well you tell you the story of what happened before he or his mutant army finds me.

It all began 2 weeks ago when we were deployed to the South side of the abandoned city of Pripyat. We had to survey the land’s containmentated area so that the Russian Officials can explore the area safely. We looked like ferocious ants with our heavy armory, M4A1’s, and gasmasks. We dropped down from a chopper and made our way into an apartment building. Our geiger counters were low, so we were okay to proceed the building. As we exited out the other side, we saw a playground rusting and a child’s doll looking at us. Man, was it creepy.

We made maps along the way and drank minimal doses of water. After about a couple of hours, we found the Red Forest. No one is supposed to go in there. If you go in there, you will meet Death himself.

We kept walking, finding burnt cars, and trees and plants turning black or red due to the containmenants. Everything was good so far, until one of my soldiers dropped a bottle of water into a puddle. he went to pick it up, but my other soldier lunged into him to keep him from getting containmenated. We scolded him for a while, because that bottle was to be used as part of our survival kits. We had to spend 4 days alone in this place.

It was getting dark, and we set up our special tents. After an hour, we slept, one soldier standing guard.

The next morning, the soldier’s eyes were dead wide. He could barely speak, but from what we were able to make out were “Skinny…man…blank face…black suit…holding…child’s hand…burnt girl”

We fed him some water and sealed food to try to make him feel better. It helped a little, and he was able to tell the whole story.

He said that while on guard, he saw a man in a black suit with no face that was holding a burnt girl’s hand, and they were staring at him. He shouted to them,

But, the skinny man and girl didn’t move. After about a minute, they disappeared.

We thought he was just being crazy from staying up all night. We packed up our stuff and made our way to the center of the city. We explored another building that actually was once a school. We saw dusty chalkboards, and textbooks burned and still opened. Along the way, one of my soldiers found a strange symbol that looked like a circle with an X in the middle. It was fresh, but it was weird, because we were the only ones in the city, weren’t we?

We exited the building to look for tracks or other markings that resembled someone being here.

I found small footprints, and I rounded up my gang to follow them. It led to a wild dog chewing on a piece of flesh. One of the soldiers vomited, and the dog heard him. It came straight at us and I shot it to death.

Afterwards, we set up camp again.

The next morning, I checked the soldier outside on guard and he wasn’t there. I called out his name and he didn’t come. It was not likely for him to go anywhere.

We split off into two teams. 1 soldier with me and the other 2 soldiers go another way to look for him.

We met back at sundown to find our tents ruined and on top of that, the soldier’s dead body. We all vomited and wondered how this happened. We all thought the wolves, or that symbol had something to do with him. We radioed for the chopper to pick us up. It said that it couldn’t come get them now, but they could get us tomorrow at noon.

We had to find shelter, so we took a nearby hotel for it. That night, I woke up to find the skinny man in my room. I grabbed my pistol and shot at him, but he disappeared, and left behind two wolves to eat me. I shot them to death, and I heard a scream down the hallway. I found my one soldier dead a mutilated, and right beside the body, were two humanoid mutants. The other soldier joined me and killed them.

Next to the body, was the same symbol, o with and X in the middle.

Right just about then, I heard 3 loud booms down the hallway.

We ran like hell, but the soldier failed to keep up with me and got caught.

I found a page on a tree that said “BEWARE OF SLENDERMAN!” and it had a crude drawing of a skinny man. That was his name. Slenderman.

I ran to the other side of the city and took shelter in a bunker.

So that’s my story. I’m just sitting here, until he catches up to ki-, oh wait, I see him. With his blank face…I hear a loud static, no point in fighting…such tentacles…

YOU MUST NOT DISTURB MY FAMILY’S PROPERTIES, FOR WE WILL HUNT YOU. WE HAVE LIVED FOR GENERATIONS, SINCE THE DAWN OF TIME. WE KILL ANYONE WHO GETS IN OUR WAY!

So, that’s it. I copied it from the Spinpasta Wiki. Fun? There’s more in http://creepypasta.wikia.com , http://spinpasta.wikia.com  and  http://trollpasta.wikia.com .  There are still mutants today, but animals. Like 6-legged cows, no-eyed dogs, and more. I’m not sure if there are mutants like this:

The guy who is in the documentation TV show River Monsters, he caught a giant catfish out of the river near the new Reactor 3. It was supposed to be a normal catfish (The one in rivers or the one you usually see like the size of a normal fish) but it’s turned HUGE.

Like your body size. Well, that’s all I know.

P.S: Call of Pripyat is a horror-tactic game!