I’ve been doing homeschooling for a semester. I think it’s fun. I met other homeschoolers. I did what you would do at school, but it’s fun. I’ve also been on a homeschoolers’ camp. And now I am going to a international muslim jamboree.

The fun thing about homeschooling is you can do anything as long as it’s learning though I don’t really like maths so I don’t ask for it much.

You can do Minecraft (A building game. Also has multiplayer). You can build ANYTHING. Like this: 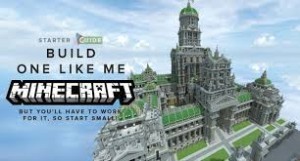 Or, you can build this little farmhouse with a huge farm: 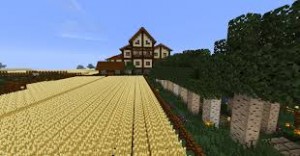 You can set your world to Superflat so you can build possibly anything or if you want more challenge you can start off with default worlds (Called ‘Old’ world type in MCPE): 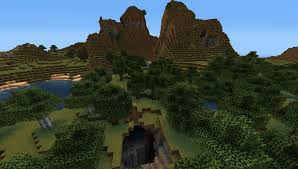 Minecraft is awesome. You can build anything and the worlds are infinite, if you want to.

Difference between hamsters and guinea pigs:

Guinea pigs are big, furry and cuddly, and friendly.

While hamsters are small, also furry, cuddly, but not really friendly.

So that’s why I pick guinea pigs. I’ve been bitten by a hamster too, and it hurts. The hamster thought my finger was a potato or something. Guinea pigs squeak. This is a link for you to see a guinea pig squeaking:   http://www.youtube.com/watch?v=eQcvlyjcaPM.

Next thing: Camp. I like camping. My first camping was in my backyard. It was fun,  until midnight there was some water coming in from the windows. We thought it was rain. Turned out it was from an automatic sprinkler. Then I had camp in Blackwater with my Scouts friends. But that was when I was still in Australia, when I still had school.

Now in Indonesia I had a camp too, which is going to be 2 camps. The first camp in Indonesia (Fesper) was REALLY fun, until I saw leeches everywhere, that is. Me and my friends went into our mum’s tent because we were scared. The next day when all of us were going to the cow’s pen to milk some cows, I avoided all the trees, while my friends seemed to be fine. When we milked the cows, some of the little kids were scared because it looked gross. But when after they did, they wanted to do it again.

Next semester I want to be obedient so I wouldn’t get told everyday.

2 thoughts on “My Homeschooling Activity”